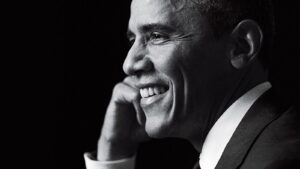 Did you know that President Barack Obama always carries hot sauce in his bag, even when he’s traveling abroad? This fact may be the most popular out of the seven we’re about to tell you about our president. Here are seven facts you probably didn’t know about Barack Obama – you might learn something new!

1) He was born in Honolulu, Hawaii

Barack Obama was born in Honolulu, Hawaii on August 4, 1961. He is the 44th president of the United States and the first African American to hold the office. Obama was a civil rights lawyer and lecturer at the University of Chicago Law School before serving three terms in the Illinois Senate from 1997 to 2004. He was elected to the U.S. Senate in 2004 and began his presidential campaign in 2007. Obama was inaugurated as president on January 20, 2009, and he was re-elected to a second term in 2012.

2) His father was Kenyan, his mother American

Barack Obama’s father was Kenyan, his mother American. His mother, Ann Dunham, was a white woman from Kansas. His father, Barack Obama Sr., was a black man from Kenya. They met while both were students at the University of Hawaii. Obama’s father left the family when Obama was just two years old and returned to Kenya. Dunham later remarried and had two more children with her new husband. Obama grew up mostly in Hawaii but also spent time in Indonesia with his stepfather.

Barack Obama is the first president to create an Instagram account, which he did in 2015. As of August 2017, he has over 2 million followers. Obama has used his platform to raise awareness about important issues, such as the need for gun control and the importance of voting. He has also shared personal moments, such as a photo of him and his wife on their wedding day. Obama is a role model for many Americans, and his Instagram account is just one way that he connects with the people he represents. 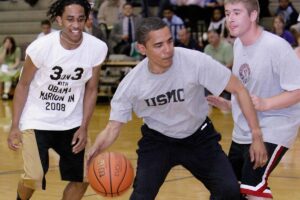 We love Barack Obama because he’s just like us. He played basketball in high school and on his college team. In fact, basketball is one of his favorite sports. He also loves to play golf and tennis. And he’s a huge fan of the Chicago Bears, Bulls, and White Sox. But what we really love about Obama is that he’s a man of the people. He understands our struggles and our triumphs. And he’s always fighting for us, whether it’s healthcare reform or equal pay for women. That’s why we’ll always love our 44th president.

5) He co-wrote two memoirs with other authors

One of the things we love most about Barack Obama is that he’s not afraid to open up and share his story. In his memoirs, Dreams from My Father and The Audacity of Hope, Obama chronicles his upbringing and the events that shaped him into the man he is today. These books offer an intimate look at Obama’s life and thoughts, and they’re both immensely readable and inspiring.

6) As a senator, he worked with members of both parties

Barack Obama was first elected to the Illinois State Senate in 1996, where he spent four years representing the 13th District. During his time as a senator, Obama worked with members of both parties to improve education, healthcare, and the economy in Illinois. He also helped pass a law that protected victims of domestic violence. In 2004, Obama was elected to the U.S. Senate, where he continued to work across the aisle on behalf of the people of Illinois.

7) He married Michelle Robinson, and their children have recently become adults 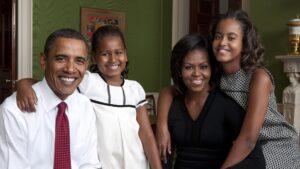 We love Barack Obama because he is a symbol of hope and progress. He married Michelle Robinson, and their children have recently become adults. He was the first African American president, and he has been a powerful voice for change. He has made our country more inclusive and tolerant, and he has inspired people around the world with his vision of a better future.