US inflation cause people grapple with daily needs 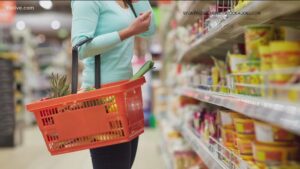 US Inflation is Leaving many Americans grapple with daily needs, it includes food, shelter and fuel. According to consumer price index, figures show it is a great increase of prices in goods and services. There is hike in prices compared from April to March, this is low price rates compared to first fall in August 2021.

It is early to say that inflation is reached at its climax. April remain a month when we have seen fall in the annual inflation in April 8.3% down from 8.5% in the month of March. Compared to graph in 1980s it is unseen since that time. The CPI is at its all time high, increased to 9.4%. The so-called core-price index – which excludes the volatile categories of food and energy – increased 0.6% on the month, up from March’s 0.3% gain.

The central bank Federal Reserve is increasing annual percentage rate in a step to control prices. The bank, have seen hike in prices of daily expenses, and it is fear that it might trigger a recession.

It is increased demand in America, and less supply which is reason for hike in prices, most probably due to pandemic reason. The hike is in daily needs of public. From last three months, Air fares has also increased to above 40%.

Kroszner says due to Ukraine war and China’s Covid issue which has combined with rising rates to deliver a “one-two punch” to the US economy. He believes the chances of the US entering a recession have risen and that the housing and jobs markets may be the next to suffer.

“I’m generally an optimist but this is challenging,” he said. 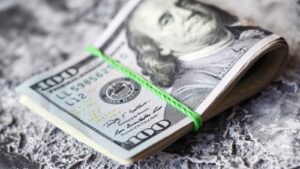 There is midterm elections in November, hike in prices created trouble for people of US, and. It has become a political issue for USA election. Approval had fallen Compared to previous low in February. The poll suggests that the approval have fallen to 38% in February And US economy saw a eight year low.

Biden said on Tuesday that we are taking crucial steps to stop inflation. “I want every American to know that I’m taking inflation very seriously,” he said in remarks from the White House. “It’s my top domestic priority

Due to election this has turned into a political issue, inflation has created concern in US economy. The poll suggests that the approval have fallen to 38% in February And US economy saw an eight year low. To stop inflation, Biden has taken some steps. Gas prices will remain at high $4.37 a gallon compared with Prices at the low, at $2.96 a gallon year ago.

Kristin Forbes’ mark on the situation

Kristin Forbes is a economics professor she says It is little sign of recovery in economy in USA. Similar problem was created in UK as well, she said the economy need more jobs, we must push up wages. The former Bank of England policymaker told a committee of MPs in the UK parliament. There is Increase in borrowing costs.