Toby Keith is American country music star, who have produced songs like “Made in America” and “Whiskey Girl”. It is a sad news that one of iconic star, is fighting biggest fight of his life. He is diagnosed with stomach cancer. The star told his fans that team of medical experts detected cancer. After the news of his disease many stars have tweeted about it.

The singer is 60 years old, Toby keith is suffering from cancer, talking to his fans. He wrote on twitter, that he received chemotherapy and radiation.

Toby keith is a song writer, Actor and record producer. The Oklahoma singer has gone to surgery and have to wait for his return to the stage. He is weak and he cannot walk. He had to cancel his concerts, around Wheaton, Illinois on June 17 and on july 28 in Columbus, which is a Ohio, state fair.  The star is diagnosed with cancer so it is uncertain what is a schedule for the year. He is known for his many albums and songs.

Keith runs a foundation and Since 2006, he is supporting children, the organization provides resources to send the kids for the treatment.

Taking to his fans, he reveal in a statement that he was diagnosed with stomach cancer last fall and that. He has spent the last six months undergoing chemotherapy, radiation, and surgery.

“Thus far, so good. I need time to heal, breathe, and rest. I am looking forward to spending this time with my family. But I’ll see the fans sooner rather than later

According to the star official website he was supposed  to perform next week in Illinois and Grand Rapids,  Michigan. He also has a few shows planned from mid-July until early August. The Ohio State Fair, where Keith was supposed to play on July 28, acknowledged that the event had been canceled and that the ticket holders would be refunded.

Is this Stomach Cancer Curable? 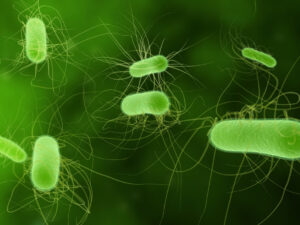 Survival rates can tell you what proportion of persons with the same type and stage of cancer are still alive after a particular period of time (typically 5 years). Keith is getting treatment from the hospital. You must understand that doctors can tell you about effective therapy, but they cannot tell you how long you will live.

Remember that survival rates are estimates and are frequently based on the outcomes of large numbers of individuals.  Who had certain cancer, but they cannot predict what will happen in each person’s case.

As per the star he is currently on chemotherapy, radiation, and surgery, which means he is either in Stage 3 or 4 of Stomach cancer.

Read Also: The 8 Best U.S. TV Shows of All Time