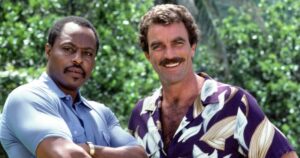 Roger Earl Mosley December 18, 1938 – August 7, 2022) was an American actor, director, and writer best known for his role as the helicopter pilot Theodore “T.C.” he played an noteworthy and impressive role in television series Magnum, P.I., which was published in 1980 until 1988.

Born on December 18, 1938 in Los Angeles, California, and raised by his mother, Eloise, Mosley grew up in the Imperial Courts public housing.  He went to Jordan High School.

Mosley appeared as Monk in Terminal Island in 1973. His career got a remarkable turn when he got offered from directors of Magnum, P.I, In the TV series he worked alongside Phyllis Davis, Don Marshall, Ena Hartman, and Tom Selleck,  In 1974, Mosley founded the Watts Repertory Company.

Mosley’s regarded the work in Leadbelly, As his favorite role, it was a biography of a musician which is directed by Gordon Parks. He spoke in a article published in The Ebony magazine,

He did a role in Magnum, P.I. he played this role alongside Tom Selleck’, Mosley acted as friend of Tom Selleck’ he was a pilot Theodore “T.C.”

After his retirement he pop up in Magnum, P.I, he performed as T.C barber, the Stephen Hill was playing the role of T.C in the latest series. The actor Stephen said, “it is privilege for both of us to be cast in Magnum, P.I, this is such pensive and curtly talent”

Played a role in Roots: The Next Generations 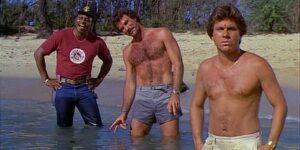 In his career, he has performed in many films and also in T.V series, he played a role in the movie Roots: The Next Generations. This sequel follows the complex history of Haley’s own family, from the American Civil War up to the point when Haley himself journeys to Africa to investigate his genealogy. He acted  as Mack as a brother of leading actor Goldie. He appeared in films like, Hit Man, Sweet Jesus, Preacherman, and The River Niger.

Mosley was a Popular American actor, director, and writer, The Actor Roger E. Mosley died on Sunday. He played a remarkable role, in “Magnum, P.I”. The star died at the age of 83, He died in Cedars-Sinai Medical Center in Los Angeles, his daughter Ch-a Mosley informed on Facebook. He will be remembered for his roles in “The Greatest, Semi-Tough, Heart Condition and Pentathlon” the star died after injured in a car crash.

According to reports the star was injured in a vehicle accident on August 4, 2022, in Lynwood, California, his daughter shared the news that he passed away. He was in a critical situation in the hospital, the accident make him paralyzed from the shoulders.

Emotional words of his daughter

He was an amazing man, she speaks an emotional words, my father would hate any carrying, he will be remembered benefaction which he left for us, his daughter announced his death. “I love you daddy. You loved me too. My heart feels dejected, but I am strong.” I will care for mommy, your love of almost 60 years. You raised me well and she is in good hands.

He was an amazing actor and leading man in his roles, he was Los Angeles native he played an noteworthy roles in Coach Ricketts and Sanford and Son,” “Love Boat