“Squid Game” is back with its Season 2

As we all know,  The first season of ‘Squid Game’ was Netflix’s most watched TV show ever, with 1.65 billion hours watched in the first four weeks. A small teaser has been released by Netflix on June 12th , officially confirming the return of the hit drama series ‘Squid Game’ for a second season. Netflix revealed on social media on Sunday the second season of the Korean thriller Squid Game. Netflix informed fans of the news with a statement from Hwang Dong-hyuk, the writer, director, producer, and creator of Squid Game.  Along with the trailer, Hwang Dong-Hyuk, the show’s creator, writer, director, and executive producer, sent out a message detailing which characters will return for the sequel . The teaser was posted on Twitter with a caption stating: “Red light… GREENLIGHT! Squid Game is officially coming back for Season 2!”

Squid Game is officially coming back for Season 2! pic.twitter.com/4usO2Zld39

The show’s first season was highly lauded and well-received by fans when it was released last year.

“It took 12 years to bring the first season of Squid Game to life last year,” director Hwang Dong-hyuk said. “But it took 12 days for Squid Game to become the most popular series ever. A huge shout out to fans around the world. Thank you for watching and loving our show.”

Where to watch Squid Game 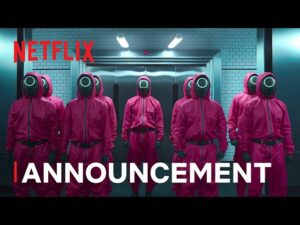 The Squid Game Season 1 premiered on Netflix on September 17, 2021. The series had a thriller, horror, drama, and action theme. The plot was interesting, and the characters were well-written. It not only won a slew of prizes, but it also became a social media sensation for a variety of reasons. The drama was well received, and the audience was captivated to the screen while watching it on Netflix. It has proven to be another hit for Netflix’s OTT platform.

Now, after the official announcement of by Netflix on June 12, 2022, the second season is confirmed of to be released soon. This has sparked a frenzy of anticipation among Season fans. However, no specific release date for Squid Game S2 has been announced. The love and adoration that the audience have shown for this series has been taken into account by Netflix and the creators. As a result, they have thankfully chosen to renew it and have begun preparing for it. Another season is planned to be released on Netflix soon. Season 2 is expected to premiere by the end of 2023 or the beginning of 2024.

Why Squid Game is so popular

All Squid Game lovers should keep an eye on this site for more information and an exact release date for the trailer and Season 2 of the series. After a 12-year battle, Squid Game Season 1 was finally launched. Hwang Dong-hyuk, the creator, approached major producers in 2009. However, at the time, the concept was thought to be completely ludicrous, with most believing it to be excessively unrealistic and without merit. All of the criticism he endured as a creator was shattered in 2021, when the show was ultimately launched on Netflix as a nine-episode series.

Squid Game is one of the most popular South Korean dramas on Netflix, with a budget of $21.4 million. And its key features include 4K Ultra HD picture quality and  Dolby Vision, Dolby Atmos picture in audio format. The programme had a large ensemble cast. The programme had a large ensemble cast. It became one of Netflix’s most popular series as it was the most watched show in 94 countries and gained more than 1.42 million subscribers. It received 1.65 billion viewing hours in the first four weeks after its launch. While Bridgerton was always in a race with the show, Squid Game appeared to be a highly deserving love drama of the former. The show was well-received around the world, and the actors that appeared in it made history with their outstanding performances.

The Series will be back for a third season. During an interview with the Korean Times, the director shared that he already has plans for a third season. “I’m in talks with Netflix over season 2 as well as season 3. It earned international fame after being produced in the Korean language and headquartered in South Korea.

The plot was full of psychological twists and turns, and the frightening parts drew people from all over the world. It was based on the difficulties and survival story of a divorced indebted gambler who wins a significant monetary reward by playing a series of children’s games. However, he discovers later that losing the game will result in his death, just like the other players, and that the reward money will increase with each death. The plot of the show revolves around him forming alliances with other players in order to survive the deadly game.

Read Also: Most Influential Female Authors one must read