Metro Boomin’s mother was killed by her husband

According to reports Metro Boomin’s mother, Leslie Joanne Wayne, has murdered by her husband. Metro was informed of his mother’s death by police outside the Atlanta area. She was killed by her husband who died by suicide afterwards. This is not the actual/biological father of Metro Boomin. According to a spokesperson. It’s possible that the event happened on June 3. There is presently no information regarding Leslie’s husband’s identity.

The police discovered her body outside the Atlanta area. An autopsy will be conducted to determine the cause of death. Wayne’s husband is not Metro Boomin’s father, according to sources. Other outlets said the killer was her boyfriend.

Who is Metro Boomin

The original name of Metro Boomin is Leland Tyler Wayne. He is a DJ artist, and producer of many songs, and rap, he was brought up in St. Louis. Wayne started career in production when his was in high school. He was later recognized as hip hop and trap artists, due to his successful recordings. such as Young Thug, Future, 21 Savage, Gucci Mane in the mid -2010. Forbes called him “easily one of the most in-demand hitmakers in the world” while Stereogum described him as “one of the most original, vivid, important voices in rap right now.

During high school, Metro’s mother would often drive him for over eight hours from St. Louis to Atlanta. To collaborate with artists he met online. One of the first artists with whom he worked was Bricksquad Monoploly rapper Tay Don. Which then led him to join Bricksquad label, it includes founder Gucci Mane, and other record label stars. The stars were Collaborator for Future, an artist that he continues to collaborate with to this day.

During his early high school days. After high school, the DJ moved to Morehouse college. Metro boomin produced many rap songs, with future rapper across the board. The two first worked together on a song called “Hard” included on DJ Esco’s Welcome 2 Mollyworld mixtape,. and have collaborated on numerous songs since, including two singles from Future’s second album, Honest. The album’s lead single, “Karate Chop’ and title track, “Honest”, co produced by DJ Spinz.

The 2018 follows retirement of the star, after famous rap songs. He retreat from rap songs during this year in the month april. He wrote on instagram page, about his retirement. That lead to change the bio to retired DJ.  Metro Boomin with SZA  produced  a remix Hold Me Now during the Gap campaign.  Remix released to Online portal on the campaign day.  In an interview given to the news, he was explicate about gap campaign, and the remix.

He reveal about the remix in the interview.

He has developed himself in sub-genre of hip hop, Metro Boomin produced songs like Hold Me Now, The Weeknd’s R&album After Hours, in this album he has bring out 4 tracks. He is specialize in Heavy bass, rattling synthetic percussion and dark, gothic melodies. 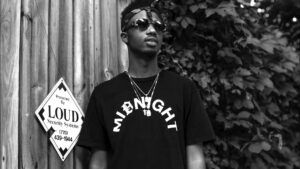