Everything about company Kraft Heinz 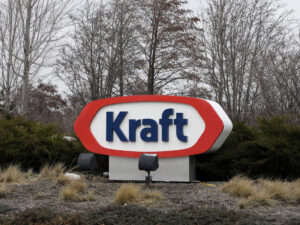 The Kraft Heinz Company (KHC), commonly known as Kraft Heinz, is an American food company it was formed after merge of its partners, it is one of big multinational company of America, the headquarter is in Chicago and Pittsburgh. Kraft Heinz is the largest seller of food and potation company in North America and the fifth-largest in the world. The company has annual sales of $26.0 billion according to reports of 2020.

In addition to Kraft and Heinz, the company produce over 20 other brands, the company make products like Boca Burger, Cream Cheese, and Wattie’s, eight of which have total individual sales of more than  billion. According to the fortune list, the company rank 114 out of 500, in United States of America.

Earning of the company the Finance

For the fiscal year 2017, Kraft Heinz reported earnings of more than $10 billion, and has booked annual revenue on above $26 billion, compared to previous fiscal year, it is decline in percentage of 0.6%. The company has market capitalization at over US$136 billion in September 2018. 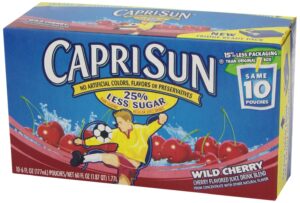 Kraft Heinz is an American multinational food company, recently the company has recall their products from the market. The company has called back more than 5,700 cartons of Wild Cherry flavored Capri Sun drinks, which had problem with cleaning solution, the products were adulterate according to the statement announced on Friday.

That company has received several taste complaints from consumers, according to reports. The products sold in paperboard cartons are recalled back to the company, the affected products are individual foil juices.

Kraft Heinz, which is co-headquartered in Pittsburgh and Chicago, as per the reports, no injuries have seen because of contaminations.

Contaminated products are call back

Company said Products sold on June 25, 2023, must be contaminated, so customers are requested to give back the products to the seller to get the refund back.

The company is talking to the retail partners and also with the distributors, to call back all the products which are in the circulation,  the company will withdraw the impacted products.

Kraft Heinz spokesperson told USA TODAY, “the products with contamination are shipped to East Coast and Midwest we can’t know where distributor shipped the product so we don’t want to be too much despotic on location”

Who is the agent, who have done mistake and defile the product was unclear. A spokesperson said the products should not be consumed, because it can cause upset stomach.

Read Also:  A fire on transformer at Hoover Dam was quickly recovered