Is it cancer? 6 early warning signs of the disease 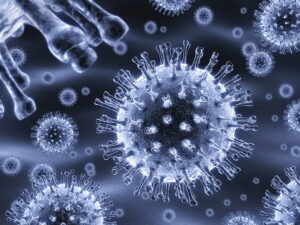 Cancer doesn’t cause any symptoms in its early stages, so it’s important to be aware of the signs and get yourself checked out if you notice anything unusual. Depending on the type of cancer, some common symptoms include lumps or sores that don’t heal, chronic fatigue, swollen lymph nodes, difficulty breathing, rapid weight loss, and changes in bowel habits such as constipation or diarrhea. These early warning signs of cancer can occur in one area of your body or throughout your whole body.

Getting a lump or growth in your breast

Although most breast lumps are not cancerous, breast changes are one of those early warning signs that something’s wrong. There may be a benign or non-cancerous reason for your lump—but it’s best to take doctor advice, especially if you notice change in shape over time. Sometimes, all women need is reassurance that there’s nothing serious going on. If your doctor suspects a problem, he or she will likely order an imaging test such as an ultrasound or MRI and further tests like biopsies.

If you have a dry, non-productive cough for longer than three weeks, seek medical help. Your lungs are your body’s primary mechanism for expelling waste. If you develop an infection or inflammation in your lungs, coughing is one way to release that built-up phlegm and mucus. But if you have a persistent cough and feel nothing is coming up—or if you have any unusual feelings like choking or shortness when you  breath—then talk to doctor immediately to rule out lung cancer.

Experiencing odd changes in your skin

Skin changes like bumps, sores or patches can be red flags for cancer. Some cancers develop under your skin, which means you may not notice until it has spread. Pay attention to any new moles or lesions on your skin – if they’re irregular in shape, size or color; are itching or bleeding; or have become hard and crusty, see a doctor. The sooner you catch potential problems like these, the better off you’ll be! 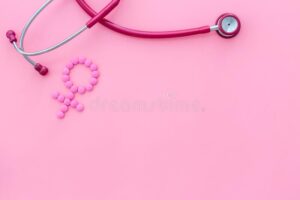 When you cough, tiny capillaries in your lungs rupture and let out a bit of blood. These capillaries will often bleed when something is irritating your lungs, such as asthma or even smoking. However, if you’re coughing up blood consistently for more than a week without an apparent cause, see your doctor immediately—your body could be telling you something is wrong. And remember: While coughing up blood can be scary, having a few small drops appear every now and then is perfectly normal!

Experiencing pain, and something not normal

Each one of us gets body convulsion and pains, but when they begin to affect new areas of your body, that’s cause for concern. For example, you may feel pain in a shoulder or foot that could be a sign of breast or lung cancer. If you experience any unusual pain in parts of your body, get checked out by a doctor ASAP. To get cure cancer at its initial stage is important.

Blood can come from just about anywhere in your body, so changes in blood flow could be a sign that something is wrong. Unexplained bleeding from your gums, nosebleeds that occur when you’re not sick, or even an unusually heavy period (that isn’t because of birth control) could all point to problems with your immune system. Blood cancers like leukemia and lymphoma are most likely to produce internal bleeding, while breast and colon cancers frequently cause external bleeding. Keep an eye out for anything unusual. If you suppose something wrong, talk to your doctor promptly.