Who is Brittney Griner, and Paul Whelan 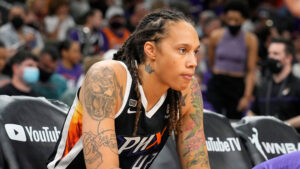 Brittney Griner is born in Houston Texas, U.S, she is an American Basketball player who was one to the game’s leading centres, especially known for her play with the Phoenix Mercury, which she helped win a WNBA championship (2014). Griner garnered international attention in 2022 when she was detained in Russia on a drug offense. She played volleyball and basketball in high school, she often practiced with the boys’ team, and during her junior year a video of her dunking was viewed several million times on YouTube. Her mother name is Sandra Griner, Brittney is youngest of four children.

Paul Whelan keeps citizenship of four country, he was born in 1970. On December 28, 2018, accused of spying. On June 15, 2020, he received a 16-year prison sentence with the possibility of time in a labor camp. He has worked as a police officer in Michigan.

The WNBA star Brittney Griner was arrested in Russia, for drug-related charges, U.S have taken concrete action to bring the star home. The another jailed American, is Paul Whelan. Antony Blinken the Secretary of State spoke on Wednesday about reversal of previous policy, Blinken also said  he will speak with Russian citadel, it is first time he will speak to Moscow since before Russia invaded Ukraine.

She was arrested on carrying drug, on Wednesday she appeared on trial, the Moscow security arrested her at airport in February. U.S government have taken measures to bring her home, this is first time U.S has come up publicly to support the star. The U.S will make sure the release of the basketball player.

Unclear that Russia will release her at this deal 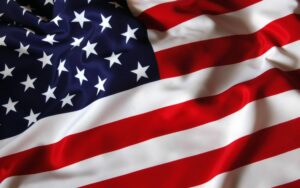 It is unclear that how the Russia respond to the deal or this is enough for Russia what U.S have offered. It is imprecise that Russia will release Americans at this deal. Their is much pressure on the administration to get Griner and Whelan home.

Blinken said Washington would like to get a reply from Moscow. If we talk about the person who was arrested at the charges of Russian arms dealer, who was labeled the “Merchant of Death”. Russia have shown interest to release Viktor Bout, who was arrested and sentenced to 25 years in prison in 2012. He was charged on illegally sell millions of dollars in weapons.

Blinken requested Minister Lavrov. He expressed a desire to get an answer of the prisoner deal, it is not only the reason the officials requested the call with Lavrov.

US ring up the charges as false

It is after Feb, 15 that two countries will talk to each other, and also about a week before Russia invaded Ukraine. US will also talk to Russia to free tons of Ukrainian grain, which they have keep in storage. The U.S will also give warning about attempt of annexation

On Whelan, arrest in Russia, the U.S spokesperson have called up the charges as false. Whelan is a corporate security executive, he belongs from Michigan, he and his family strongly asserted his innocence. Whelan was arrested in Russia and was sentenced for 16 years in 2020 for spying charges.

Griner, is in custody in the Country Russia, it is now five months to her in the country. Talking to the Russian officials she said, I have no criminal intent and she have packed the cartridges by accident.

The Griner put on trial in the Russian Court on Wednesday, she spell out that she had a doctor suggestion for cannabis oil. There were cartridges found in her bag and she was pull aside in the airport, she was edify to sign the documents without providing an explanation.

Griner if declare guilty of criminal offence of transporting drugs can faces up to 10 years in prison.

It is a big concern to the US government that the US citizen are wrongfully detained in any country. Talking about a earlier deal when Trevor Reed was traded for jailed Russia pilot. The Biden administration is in political pressure to bring home Griner and other Americans.

The state department regarded Russia’s Diplomacy as Kabuki Theater, Blinken cancelled the meeting with Lavrov. Both met in Geneva in January, where U.S rejected the Russian demands of reducing presence of NATO in eastern Europe. At meeting in Bali, Indonesia both avoided each other in a assembly of 20 nations. Next meet is in at the same place and same city, in Phnom Penh, Cambodia.

Read Also: Case of Polio after a decade in New York