Goodfellas actor Ray Liotta died at the age of 67 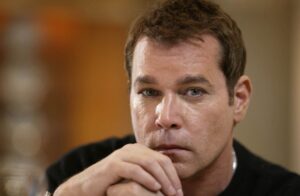 Ray Liotta, the phenomenal actor who featured in films like Unlawful Entry, No Escape, Cop Land, Marriage Story. and many other famous blockbusters films. Died at 67, his notable work is with Martin Scorsese in his crime classic, the film name was Goodfellas. He also worked in Field of Dreams, as a baseball player in the movie. The sources said that he died at Dominican Republic, he did’nt wake up from his sleep, he was shooting the movie Dangerous Waters. Liotta leaves behind a daughter, Karsen and he was going to marry Jacy Nittolo.

The Actor Ray Liotta was most known for his role in Goodfellas, he performed as a Henry Hill in the movie and baseball player shoeless Joe Jackson in Field of Dreams. The star was an American actor and producer. The actor born in Newark, New jersey, on December 18, 1954. He is a graduate from Union High School. Liotta later did his graduation from the University of Miami, where he learned acting and received a Bachelor of Fine Arts in 1978. He passed away at Dominican Republic, when we was shooting his new movie. “Dangerous Waters” Karsen Liotta is a American actress, she is a only child of Ray Liotta.

I am utterly shattered to hear this terrible news about my Ray.
I can be anywhere in the world & people will come up & tell me their favorite movie is Goodfellas. Then they always ask what was the best part of making that movie. My response has always been the same…Ray Liotta. pic.twitter.com/3gNjJFTAne

Alessandro Nivola, who was recently seen with Liotta in film The Many Saints of Newark wrote, “I feel so lucky to have squared off against this legend in one of his final roles. The scenes we did together were among the all time highlights of my acting career. He was dangerous, unpredictable, hilarious, and generous with his praise for other actors. Too soon.

The star has played many iconic roles, one cannot forget his big-screen roles. Liotta also starred with Taron Egerton in the Apple TV+ series Black Bird and frequent episodes on Prime Video’s. He played a lead role with Jennifer Lopez in police drama Shades of Blue at the channel NBC, a series from 2016 to 2018. Liotta won a Primetime Emmy in 2005 and before that he scored a Golden Globe nomination for Jonathan Demme directed Something Wild in 1987. Field of Dreams is seen as Hollywood’s greatest baseball movies. His notable work as henry Hill, in Goodfellas was critical and commercial success, landing six Oscar Nominations including Best Picture.